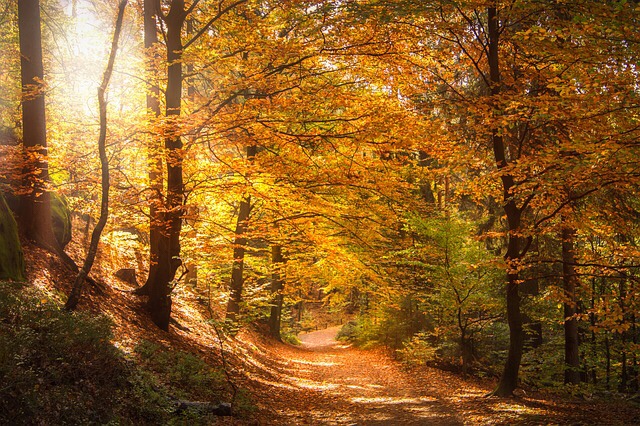 Aglow with tawny sun,
Autumn leaves gently fall.
Along the path, shadows
are dancing a slow waltz
and insects lazily
answer questions not asked.
A prelude to Winter.

Author’s Note: The Pleiades form was invented in 1999 by Craig Tigerman, Sol Magazine’s Lead Editor. Only one word is allowed in the title followed by a single seven-line stanza. The first word in each line begins with the same letter as the title. Hortensia Anderson, a popular haiku and tanka poet, added her own requirement of restricting the line length to six syllables.

The Pleiades is a star cluster in the constellation Taurus. It is a cluster of stars identified by the ancients, mentioned by Homer in about 750 B.C and Hesiod in about 700 B.C. Six of the stars are readily visible to the naked eye; depending on visibility conditions between nine and twelve stars can be seen. Modern astronomers note that the cluster contains over 500 stars. The ancients named these stars the seven sisters: Alcyone, Asterope, Celaeno, Electra, Maia, Merope, and Tygeta; nearby are the clearly visible parents, Atlas and Pleione.

The poetic form The Pleiades is aptly named: the seven lines can be said to represent the seven sisters, and the six syllables represent the nearly invisible nature of one sister.